Indie makers often boast about how much more fulfilling their lives feel compared to when they were only focusing on a full-time job at a company, whether big or small. Working on one’s own projects has so many benefits that even big companies such as Google have tried to emulate it by letting their employees work on their own side projects. But working on projects and building products without the support and additional expertise a team brings to the table can also be anxiety-inducing. So we wondered: how happy indie makers really are?

In this survey, which received 45 answers, we used the 5-item World Health Organization Well-Being Index (WHO-5), a tool that measures people’s subjective quality of life. It’s a short self-reported survey looking at different areas relevant to overall well-being, such as positive mood (good spirits, relaxation), vitality (being active and waking up fresh and rested), and general interest (being interested in things).

The WHO-5 consists of five statements, which people rate according to the following scale:

“I have felt cheerful and in good spirits.”

The average score for this question was 3.38/5, with 80% of makers reporting to feel cheerful and in good spirits more than half of the time.

“Over the past year being a maker has been both one of the most rewarding things I’ve done and also one of the most lonely. It’s a lifestyle that very few of my friends share, so finding the right communities to be a part of has been crucial” said one anonymous indie maker.

“I have felt calm and relaxed.”

When it comes to relaxation, the average score was much lower, at 2.73/5, denoting that many makers feel stressed. Only 55% of the them reported feeling calm and relaxed more than half of the time.

“I have felt active and vigorous.”

Being active has been linked by many studies to mental and physical well-being, so it’s no wonder the World Health Organization included this question. While the average score was 3.27/5, 75% of indie makers reported feeling active and vigorous. This may question the idea of indie makers spending all their time sitting in front of a computer screen.

“I woke up feeling fresh and rested.”

Quality of sleep is where indie makers fared most poorly. The average score was 2.62/5, and only 51% of indie makers reported waking up feeling fresh and rested.

“I definitely don’t sleep enough” said Luke Chadwick, founder of GraphQL 360. “Some nights I’m messaging people in other time zones till 1am, I then get woken up by the phone buzzing at 5:30am. I’ve just today made a commitment to myself that I will turn the phone off at 11pm.”

“My daily life has been filled with things that interest me.”

With 3.87/5 on average, this score is one of the highest in the survey. A whopping 93% of makers reported having a daily life filled with things that interest them.

The overall Makers Well-Being Index is 63/100, indicating that indie makers are a fairly happy bunch. Areas of improvement include stress and quality of sleep, where respondents are fairing more poorly than in other categories. 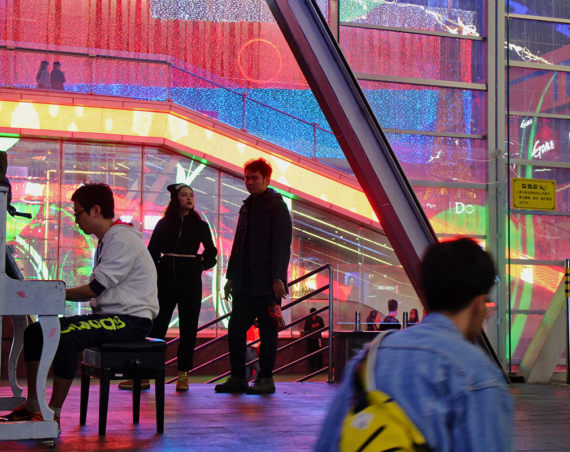 Making it in Huaqiangbei

The secret to customer feedback: the “How Do I” users