Food is a necessity and many times, we live above our means when it comes to eating because we choose to dine in restaurants. Or we’re simply not cooking meals as affordably as we could. This leads to feeling remorse once we see how much we’ve actually spent on food for the month.

My name is Dianna. Professionally, I’m a graphic designer specializing in branding and product label creation. I started to learn how to code back in November and have been involved in the indie making scene for less than a year. I’m currently based in England, but I’m from St. Louis in the states – let’s go Blues! Beyond that, I’m an Asian-American woman who is working on Budget Meal Planner, a no-code project.

Budget Meal Planner is a content-based website that thrives on helping people eat for only $5 a day. I personally write weekly meal plans that gets sent out to subscribers inboxes every Friday morning. Just in time for a weekend grocery trip and the new week ahead!

I believe that eating healthy doesn’t have to be expensive, and it doesn’t have to be salads all day long. With Budget Meal Planner, I am here to prove that by inspiring and motivating others to take control of their eating habits and finances.

What makes Budget Meal Planner unique is that it’s not the same minced meat and quinoa every week. Before, meal plans used to only be associated with the fitness community. Which is usually following a strict diet to achieve body goals.

However, as a foodie myself, I create meal plans based on a different theme each week. In the past this has been Tex-Mex, Caribbean, Pineapples, and even Mushrooms. These meal plans consist of a full 7-day plan for breakfasts, lunches, dinners, and snacks.

I want people to view these meal plans as an asset to adapt better eating habits by introducing more variety. Not only that, but also achieving financial goals. That $30 you saved by skipping fast food can go towards gas in your car, a new outfit, or even a travel fund.

A product born from personal experience

The main reason I created Budget Meal Planner is because I understand what it’s like to live on a budget. When I was living in Chicago two years ago, I allowed myself a budget of only $35 a week towards food. Of course, special occasions and celebrations were separate from this. But, overall this habit just stuck with me.

And after traveling around a bit, from the U.S. to Europe and even Asia, I found one common trend in my expenses: I was always able to buy groceries and eat for $5 a day. Now knowing this and experiencing it, I felt that I was in the perfect position to help others get on track.

I hear it all the time, “I’m spending so much money on food” and not only can following a budget meal plan help with that, but it’s also progress towards many other things. Things such as reducing waste, minimizing the use of plastic, healing your body, and growing some personal skills like time management and proper budgeting.

When I first started Budget Meal Planner at the end of March this year, it was actually only a newsletter sent through Mailchimp. After all, that’s the basis of it: a new meal plan every Friday.

After two months, I noticed there was a demand to have the previous meal plans accessible. That’s when I found it was time to upgrade the project and introduce a website.

I wanted to get something up quick, so I went with Wix. Sure, it’s a more costly option than if I were to code it myself. But, in this situation it was a matter of time is money and I didn’t want to spend much time on coding. I also had some backing by my Patrons that I felt was only appropriate to give back in the form of a website.

Going the no-code route saved me so much hassle for the future. As I said, I started learning to code back in November. I can build landing pages and am familiar with PHP and JS, but I don’t know how to implement ecommerce or membership features behind a paywall. Wix gave me all of that and now I’m able to scale this project without having to delay because I have taken the time to teach myself.

I think the no-code movement is beautiful. It’s allowing people to create without judgement (well, we all have our opinions). Budget Meal Planner gained interest quicker than I ever expected, and I was able to easily access the necessary tools and features to keep the momentum up.

No-code has it’s time and place, and this was definitely mine.

I never had a proper launch for Budget Meal Planner, aside from when I introduced the website. It started with my idea of sharing my lifestyle of being able to eat for $5 a day. I thought that this must be something someone wants to achieve out there and I knew I could develop a project from it somehow.

So, I went to Reddit. I found a subreddit and just wrote out a typical week for me. It was detailed, informative, and easy to read. Within 24 hours, I had nearly 2k upvotes and a silver award.

Because Budget Meal Planner took off with Reddit initially, I decided to keep trying my luck with promoting through that platform.

Communities are quick to spot spam, so I followed up with my promise of emailing weekly meal plans while letting a few weeks pass. After my first post had been long forgotten, I posted another one in Reddit.

Same format and the same relaxed tone of allowing people to sign-up if they wanted more. Another 300 subscribers.

About once a month now, I go on Reddit with this tactic and am now sitting on a mailing list that’s about to roll over to 1,000 subscribers. All in 2 months.

I’m no Reddit expert, but if you find a few subreddits that really resonate with your project, you will grow. If you’re posting everywhere and anywhere, you may get a little bit of traction, but it’s certainly not your ideal audience.

In the beginning, I was very strict with only dedicating 1 day a week to it. That was to write the week’s meal plan and schedule to send it out. I’ve dabbled into a few projects before and none had shown a return on investment of time for me. Because of this, I was very careful to make sure I was not wasting my time on yet another project idea.

After 2 months of being skeptical, bringing the timeline to now June, I have learned that this project is worthy of more time. That’s when I decided to dedicate a website to it. I created a subreddit around the idea. And, I’m launching an ebook as a means to gain passive income. I’m still not working full-time on it, as I have a few monthly clients that I cater to, but I certainly give Budget Meal Planner my full attention with officially being the only side project I’ll work on.

I’ve never had a project gain traction this quickly, so it’s doing better than I could ever imagine. The fact I have Patrons supporting the project says enough for me.

Everyone loves the idea of ever-changing meal plans by creating them based around a different theme each week. I’ve motivated and inspired so many people to get their finances under control.

A woman told me that she’s finally able to take wood-working lessons that she’s been wanting to do for years.

A man who works at a community YMCA prints out my meal plans and shares them with the low-income families who visit.

As much as I love that my project is gaining eyes on it, and even monetary support, hearing those real stories fills my heart with joy. It’s cliché, but I know these meal plans can be life-changing. No, it’s not the newest technology, but it’s education.

Right now, I’m putting Budget Meal Planner in a strict growth-only phase. I really want to focus on growing my email list, what I’ve done from day 1, and also growing my subreddit.

After some quick research, I learned that searching for ‘eating on a budget’ really spikes on Google around January and May. Which makes sense, because we all have those new year’s resolutions and summer body goals.

So, my plan is to implement a paywall for January 1, 2020. By then, I will have around 30 different meal plan themes written and lots of blog posts dedicated towards lowering food costs. I’ll also have my mailing list built up from my growth-only phase.

If I can get 500 people to pay $2 a month for this content (which I know I can, thanks to Patron proof) then that’s $1,000 a month. For me, that’s ramen profitability and then I can finally begin to work on Budget Meal Planner full-time.

This article was made possible by MakerPad, the platform to learn how to build powerful applications without code. 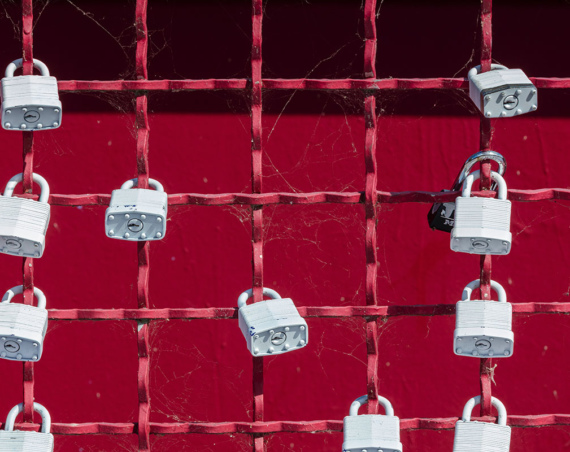