Johor Bahru, Malaysia. March 14, 2017. 1AM. We are in a hotel lobby: exhausted, hungry and trying to keep warm beneath the blasting air conditioner. The prostitute across from us is bored; she’s finally stopped playing the noisy little game on her phone. She hears a mosquito and picks up what looks like a lime green electronic tennis racket. She swings. A spark, a pop and a mosquito dies. She never looks at us.

Down the block is the Strait of Johor, Singapore on the other shore. We have only the clothes we are wearing. Raj and Ahmed, the Pakistanis behind the counter know our story. Last week, when we had money, we stayed here. One night, up on the roof, we shared a little bottle of cheap rum with Errol and Olga, two photojournalists documenting vanishing cultures. We watched the sun rise over Singapore.

Finally, Raj nods his head, and we follow him into the elevator. Down the hallway with its very worn carpet. The key works the first time; we enter. We all look around. This room is not so bad; no unpleasant surprises. Raj smiles and says good night. He doesn’t say that we have to leave by 5 AM, before his boss comes and discovers we stayed here for free.

We quickly tear off the sheets, spread out the unused blanket. Sayuri showers. I collapse in my clothes, trying to ignore the growling in my stomach. Our startup idea, once a brilliant sharp, sword made of light, is now rusty, heavy and decayed; an embarrassment. What we thought would lead us to victory is killing us.

The creator of Harry Potter, J.K. Rowling, has spoken about writing while in poverty, how appreciative she and her daughter were, and are, of “friends whose value was truly above the price of rubies.” We share her feelings. More than once we slept on benches; sometimes we went to  two or three days without food. We called ourselves ‘digital nomads’, which sounded better than ’homeless’. Our requests for help were often ignored; we were “delusional” and “mentally ill”. Some people were vaguely aware of Pokemon Go, but no one could imagine how ‘AR’ could make money.

January 26, 2019. MIT Media Lab. Boston, Massachusetts. Someone, being kind, described me as “looking apprehensive” as I made my presentation at the 2019 Augmented Reality in Action(ARIA) conference. The video clearly shows me as I was: jetlagged, nervous, hungry, with a sore throat, and in need of a haircut. There, in front of a few dozen AR professionals, VCs, instructors, CEOs and influencers, I gave a presentation entitled “Bubiko and the Unicorn”.

September 7, 2019 Lambertville, Michigan. I am now writing on a big couch in my father’s living room. Since MIT,  Bubiko has continued to make progress. We made it to SXSW, where we learned about the latest in American AR, and much more. Then, Sayuri returned to Japan, to work, continue researching food and experiment with volumetric photography. I attended Detroit Startup Week, made an AR-themed presentation at the Great Ohio Bicycle Adventure (GOBA)  and showcased Bubiko at the Mascot Hall of Fame and several pierogi festivals!

Most exciting of all, we have found a developer, Dana Hagan; and with a 3D model made by Novaby, the construction of the long awaited Bubiko app is now underway.

I wrote Bubiko’s Unusual Guide to Augmented Reality and will soon finish another book, called AR on the Road, which is about the influence AR will have on traffic. In October, Bubiko will be the theme of a presentation at the Open Augmented Reality Cloud (OARC) symposium in Munich, the day before the AWE (Augmented World Expo). Sayuri and I submitted two proposals to SXSW2020; our fingers are crossed.

How can a little chef from Thailand be the foundation of an AR startup?

First Bubiko is a brand, her personality a mix of Hello Kitty and Anthony Bourdain. In SE Asia, Bubiko documented many kinds of foods, as well as connected with food professionals of all kinds, especially those environmentally conscious. For example, there is now the possibility of a Bubiko brand of organic coffee and tea.

Partnerships. Recently, Bubiko was in an AR game co-production with Green Bean Boy, a character created by  Dominique Wu from Hummingbirdsday Studios. Cross promotional projects, like Dominique’s, or character licensing opportunities would seem to be on the horizon, especially with the increasing numbers of apps for spatial computing, SLAM, AI and IoT.

Digital goods and branded goods. Ebooks, short videos and printed books. Bubiko is now working on a food e-guide to Shenzhen.  “Off the shelf” AR software is also being explored. Projects are planned with Six Cats Studios. Their two characters, Ollie and Charlie, are time traveling music fans, who enjoy educating children about classical music. Finally, new characters have been created with famed Illustrator David Severn, the first being the inhabitants of Secret Donut World.

Bubiko is a flagship; a pioneer. The expertise and connections  from Bubiko’s projects will be used for other characters and projects. There will be possibilities for consultations, partnerships and ‘boutique house’ type productions.

The idea that an entrepreneur is someone who jumps out of a plane and makes a parachute on the way down… People smile and nod their heads when they hear that. We don’t. The expression omits the fact that entrepreneurs don’t jump alone. Not only do they usually have a team or partners, they have parents, friends and family. During the entrepreneurial struggle, what happens if a loved one requires care or money? What happens if pets don’t have food on time? That parachute needs to be big enough for a community, and made as quickly as possible.

Our startup journey may seem unique, but the challenges we have faced, and are facing are shared by all startups, funded or not. Sayuri, Bubiko and myself  are far from our goal of becoming the Pixar of AR. However, we have much to be grateful for. For one thing, we have nice places to sleep… and dream. 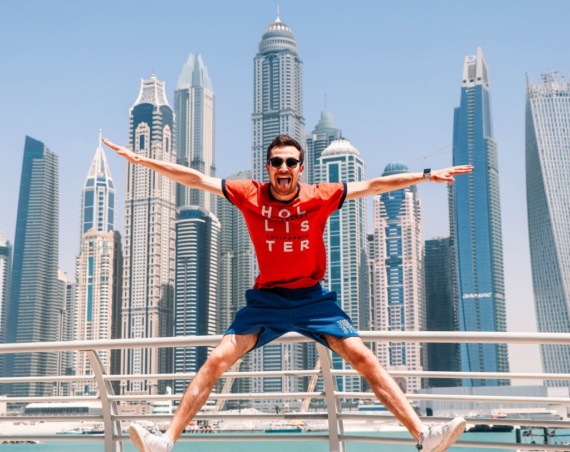 From Paris to Bali: a conversation with nomad maker Pierre-Gilles Leymarie

Stephen Black has been making movies, art, photographs and books for quite a while. He is now starting up his AR startup. For networking and research he is planning the ARphabet Tour, which involves AR, books and mangos. One of his books, i ate tiong bahru, is a bestseller in Singapore.