After studying abroad at the University of Technology in Malaysia, Anwar Ahmed AL-Haddad returned home to Yemen.

But while Anwar was away, Yemen had changed. 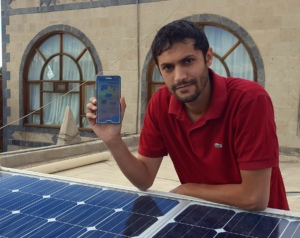 Coming Home to a Revolution

In 2011, a revolution and civil war had claimed thousands of lives throughout Yemen. And airstrikes and fighting destroyed significant portions of the electrical grid, leaving tens of thousands of people without power.

As Anwar explains, “Due to the crisis in my country and other neighboring Arab countries such as Syria, the electricity grid is off and fuel supplies are rare, and it’s expensive to use generators.”

As a result, solar power had become a popular energy source in Yemen. But for people without any experience installing solar panels, Anwar saw a problem.

So he built a solution.

Can You Really Build an App Without Coding?

Through the app, users can even remotely control their solar panels.

To date, it has received hundreds and thousands of downloads across the country. And after the success of the initial launch, Anwar received a special certificate from Yemen’s Minister of Power and Electricity. 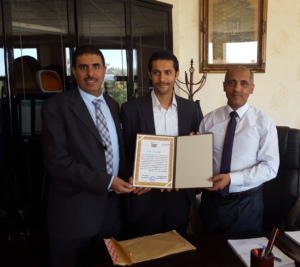 Today, the move to sustainable energy and the global refugee crisis are both contentious issues for many governments around the world.

But with Thunkable’s no-code app building technology, Anwar was able to make an impact on both fronts—without enormous sums of money, organized support or even knowing how to code.

As Anwar reflects, “Without a background in programming, it would have been impossible to build these apps. But with a way and hard work, almost nothing is impossible.”

With a no-code solution, Anwar found a way. And when the lights went off in Yemen, Anwar could help turn some of them back on.