When she was a kid, Abadesi Osunsade used to take diversity for granted. Born in DC to a Filipina mother and a Nigerian father in the late 80’s, she is a third-culture kid who has experienced many different countries in her formative years. Her family moved to East Africa when she was nine years old, and then to the United Kingdom when she was in her teens. “I grew up in a very multicultural environment,” she confirms, “and it shaped my life and my career.”

Currently Head of Maker Outreach at Product Hunt, she says she fell into tech. “My parents would probably prefer for me to be a doctor or a lawyer. I have always been drawn towards creative work. When I was younger, I wrote my own plays and took part in dramas. I wanted to become an actress so I could use my body and my voice to change the world through storytelling. I always wanted to have a positive impact. One of my role models was Lisa Simpson: she was vegetarian, and she cared about animal welfare and the environment.”

But, coming from a conservative household where women were not empowered to decide what they wanted to become, she followed her father’s advice, and decided to become an economist. “I didn’t really question it at the time. It’s only when I started studying at LSE and I met people who were really passionate about economics and data models that I realized this wasn’t for me. I wanted to find something I was this passionate about.”

Abadesi worked in the City in London for a finance company. “I was earning good money, but I kept on thinking: there has to be more to life than this.” This is when she watched The Social Network, which she calls “the perfect crossover between tech and pop culture.” She felt inspired by the idea of a group of young people deciding to shape the world to their vision, using the tools they had at their disposal. The movie made her realize technology could be a democratizing force.

Some of her friends from university were working at Groupon, a then fast-growing tech company. She interviewed and join a brand new department called Partner Management. Her job was to manage the relationship with merchants, ensuring they would get paid the right amount and on time, and nurturing the relationship so they would keep on working with Groupon. “I joined pre-IPO so my role changed a lot,” she recalls. “Groupon became more international, we were launching in new markets, streamlining the processes. It was a highly regulated market, we were innovating in a new space.”

After three years at a fast growing startup – “which felt like ten years in any other company!” she laughs – Abadesi started wondering what work would look like at a more established tech company. She was approached by Amazon to take on a similar role, which she accepted. “What I did not anticipate was how much the pace of work mattered to me. I got addicted to startup life. Within a few weeks, I already knew I would not stay there long. I was not was I wanted to optimize for. I needed to go back to an earlier stage company.”

She then joined HotelTonight, a last minute hotel booking app based in San Francisco that was rolling out their solution in EMEA. “They said they wanted to open offices in Europe, hire local teams, and asked if I wanted to get involved. Even though it felt like the right opportunity in terms of work, it was terrible in terms of culture.” HotelTonight offered a toxic environment, where sexist and racist jokes were normalized. When Abadesi tried to speak up, the team would turn against her. “I became the enemy because I was showing the dark side of the tech industry. The things that I said were things they wanted to hide. I did not get any support for the cultural shift I wanted to promote, so I decided to quit.”

It was also around this time Abadesi realized that representation mattered to her. “I needed to see people like me in leadership roles, and I didn’t see that either at Amazon or at HotelTonight. I started reading articles. It really opened my eyes on how little funding goes to women, how few women get into tech in the first place. And I thought: what can I do about it?” This is when it all clicked. “I wanted to play a role in hiring women.”

Abadesi decided to turn the negatives into positives. “We need to acknowledge the fact that the playing field is not levelled. How do we prepare and how do we maximize our chances? I wanted to create a scalable way to disseminate that information.”

So she wrote a book – Dream Big, Hustle Hard – and started organizing workshops for underrepresented women who needed help navigating their career path. Through them, Abadesi was teaching everything she learned about growth mindset and cultural biases to empower women to show off about their achievements and achieve their goals. The feedback she received made it all click. “I decided to create a community all about helping these women advance their career. Success is all about your network. So I wanted to give them role models, to encourage them to have frank conversations about making more money, to open doors for them and to help them be ambitious.”

Abadesi had been working on this community, Hustle Crew, for a year, when she realized it would be challenging to create a sustainable business. “I tried so many business models. I joined an incubator, but I was not sure if I was building a social enterprise and should therefore apply for grants. I did not want to create a non-profit as diversity actually makes businesses more profitable, and this is what I was teaching people.”

Following her own advice, and after helping many women get their first job in tech, Abadesi decided to apply for a job herself. She had three criteria: how much did the company cared about inclusion, the women she knew and trusted that had worked at the company for a significant amount of time and could vouch for it not being toxic, and the company letting her working on HustleCrew.

Product Hunt checked all the boxes. “When I first started at Product Hunt, I was in a community role. I started my day with checking the homepage and the products that were featured. Today, I am focused on Makers, our web app that helps makers build in public. I wake up, I go to Makers, I check who is new, what everyone is working on, what I can help with. I write articles, get feedback from users about Makers as a product, and discuss everything with the rest of the team on Slack.”

But Abadesi is not forgetting her mission to make tech more inclusive. “A recent cool project was Makers Festival. Last year, we organized a co-branded hackathon, but this year we went with a big celebration of makers, and took the opportunity to rebrand the hackathon to make it more inclusive. Lots of women were saying they were not the right audience, that they were not ready to launch. We wanted to encourage more of them to join.”

When we mention her recent feature in the Financial Times in the UK’s top 100 black and minority ethnic leaders in technology, she smiles. “You can win all the awards, but you will always pinch yourself. That feeling never goes away. We had great conversations when they asked for an interview. I used to think that I had to pretend everything was fine, but now I feel more comfortable being honest. Things are not fine, and that is why I do the work that I do.”

She pauses for a second. “I used to work at the Financial Times in 2009 during the financial crisis. I was feeling like such an outsider. To think that I started my career there, not knowing where I wanted to go, and to be featured today in the Financial Times, it is truly amazing.”

Beyond the general response to the feature, which has been extremely positive, Abadesi has found the award helped her business. “The social proof that comes from such an award is fascinating. Several companies I wanted to work with but did not seem interested now want to work with me. Lots of people say awards are not worth it, but there is commercial value in being featured.”

What is one piece of advice she would give to makers? Abadesi does not seem to hesitate.

“Create your personal standard of a successful launch. What does success look like to you? Launching, full stop, is the only success metric. Your first product is not going to be your best product. I hope my best products are ahead of me, and not behind me. It is like a muscle, you need to flex it, put yourself out there, reiterate, and become more comfortable. Sometimes, just doing something is success.” 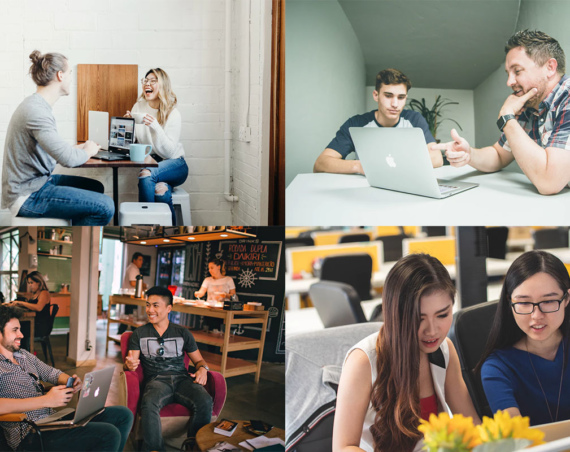 A guide to mentorship for makers 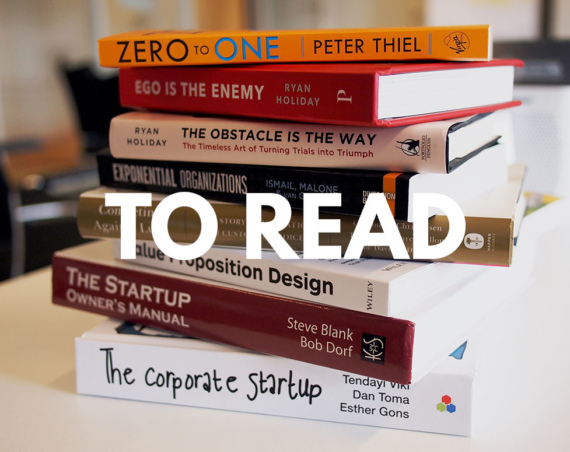 Top books to read for indie makers and entrepreneurs