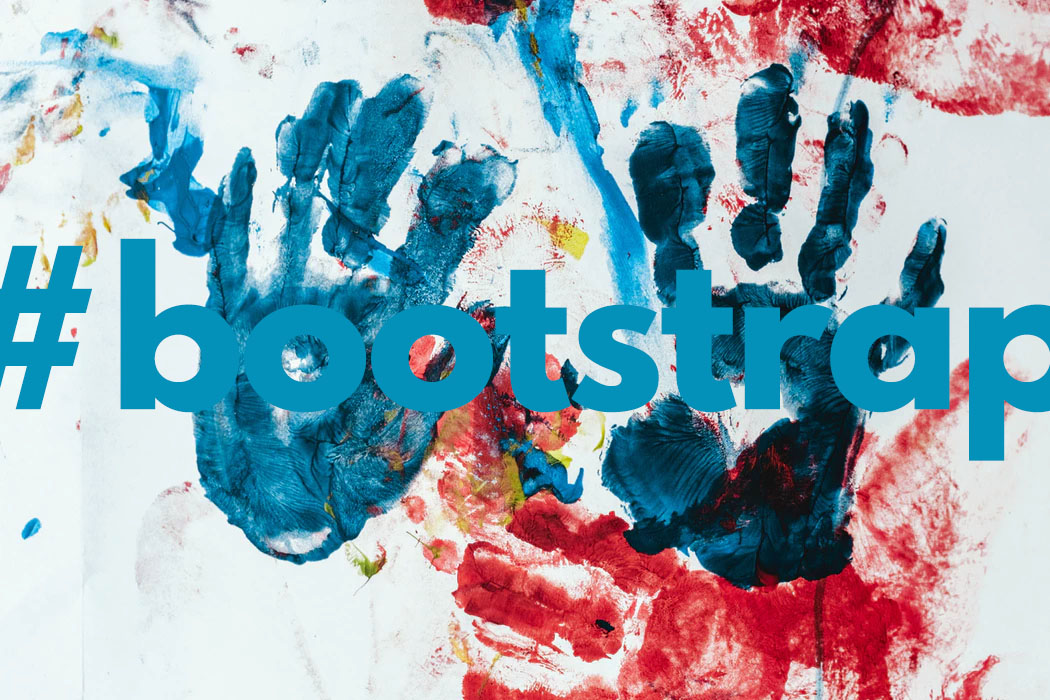 Don’t try this at home! I founded my company when I had 2 kids. I did not intend for it to grow as it has over the years (7 figures & 10 staff) and I now have 5 kids, for added craziness – we home educate them. I’m not going to paint it as a glorious thing. Many people look on in admiration and expect our life to be wonderful. It is, in many ways. However, often days are hard. I literally never have a spare moment and I burnt out along the way.

These are my thoughts as I look back on my journey. I have no regrets and that is crucially the most important thing for me. I have given it all a good shot.

No choice but to bootstrap

I’m entrepreneurial at heart, I think I’ve always been destined for that journey. But I also feel like I had no other choice.

I had issues with employment from the moment I said I was pregnant with my first child. My boss instantly and quite literally ignored me and made my work life so hard. The stress was too much so I got myself signed off sick, and then never returned.

I could find work before I had kids, it was all too difficult after that. The gaps in my CV were all too apparent. Companies and especially recruiters would not give me a second look after realising I had kids. So I did my own thing. Contracting/freelancing. Working with my husband. Then starting my own thing.

Their loss in the end, but what a horrible thing to go through. My eldest is now 15, I think some things have improved in some places since then, but please don’t tell me discrimination against Ministry of Testing hers doesn’t exist.

What’s wrong with the system

Being rejected is hard, but I believe it also helped shape the future that was more aligned with who I’m supposed to be and the causes I would end up striving for. It was around the time of having kids that I began questioning so many things in life.

I found myself constantly being unable to accept the way things were. I felt like I was being told one thing by society, then I experienced those things that I thought I wanted…and I was like ‘I can’t live like this’. And being unable to accept these things, I believe, led me to discover what I truly love doing – community building. I’m really not sure life working for a company would have given me that insight.

I never felt like I belonged anywhere until I created communities.

Before doing Ministry of Testing I ran a very fun and successful local Girl Geek Dinner meetup. That led onto a co creating a co-working space. While the co-working space didn’t logistically work out for me, it was an amazing experience. These steps into community building gave me the confidence to try out other things.

Slow withdrawal from the system

Everything happened gradually. I started my bootstrapping journey in 2007, it was an experiment and I had managed to grow an online community. I was getting tired of the amount of time it was taking for me (with no money), so I made a commitment to myself that it had to make money to serve my needs to make an income, or I would stop.

That was 2011. I was pregnant with my third child. I could just manage it. An online community plus an annual conference was manageable. I did some freelance testing working too. And it was ok, for a while.

Within a couple of years I had taken my two older kids out of school. The school system was too much like the work system. It was not what I believed in and I couldn’t bare living through something I didn’t believe in.

Each year I was taking on more and more responsibility for work and family. It all crept up on me.

Home educating is full of downs and ups

When starting out home educating parents are generally apprehensive, but also they often think they know how everything will be done. There will be plans in place! The kids will do as I say! We’ll have lots of lovely time together! I can still get my work done.

We had to literally take apart every aspect of our life, re-evaluate it and decide whether we wanted to keep it. More structure, less structure. More screen time, less screen time.

We even wondered why the heck are we still doing Christmas. So we cancelled it. It’s the best thing ever.

When you become daft enough to add more kids into the picture, it becomes a logistical nightmare. Who is doing what and when. I have to think for each of my kids on top of thinking about myself and how the heck I’m going to get work done.

And then we have to deal with things that don’t go according to plan. A poorly child. A husband with health issues. Being pregnant and feeling like crap. A business growing in a direction that won’t fit the life I want.

Then things got interesting. People at Ministry of Testing were digging what we were doing. People started asking for conferences everywhere. I said yes with a brave face. I didn’t really want to do it.

2015 I had my fourth child, 6 weeks before a conference. No time to rest. And as amazing as she is. The first year she would not leave my side unless she was being continually pushed in a buggy. It had to be a buggy, as she hated car rides.

From one aspect, I had lots of rest because I had to go to bed at the same time as her, if I moved away she would wake up. So I just ended up laying there, stressing out about all the things that needed to be done that I couldn’t do.

In late 2015 we did our first conference outside of the UK – in New York. We even travelled with the whole family. We had some good times. I put on a brave face, but mostly I hated it. That is the truth that I rarely mention to anyone.

2016 I burnt out. As much as I loved and believed that we were doing great things, I made a promise to myself that I couldn’t take it forward. The idea of making events happen in all these locations and having to travel there filled me with all kinds of dread, stress and anxiety.

I think 2016 is also the year I start slowly handing over tasks to Richard, our now CEO. Every month that passed I grew in confidence that he could be the right person to lead the company. This is what ends up happening.

2017 – I had my 5th child, Piper. We played Pass the Piper at TestBash Brighton when she was 4 months old. She got many cuddles. It was lovely.

I said ‘no more TestBash locations’ after the New York in 2015, but we couldn’t stick to that. We have 9 TestBash conferences this year. It’s all kind of wonderful and we kept saying yes because we truly believed it was good for the community.

Good for the community is not necessarily good for me. That is ok.

When things get complicated

With so many events, and then now an online platform and a team of 10 there are many plates that need to keep spinning. Tech gets much more complicated now it is custom built. Taxes, registering for tax and accounting in various countries is all kinds of stressful. Having to ensure the team are looked after on top of our kids is not my kind of fun.

Doing events in new countries is full of so many risks. Plus I personally didn’t want to travel. That fills me with all kinds of stress these days.

I wasn’t loving the work. The team are. And the community we serve appreciate what we were producing. So that’s ok. Long live team Ministry of Testing.

Help with the kids

Throughout most of this time my husband was part of the company doing tech and business support. We tried on a few occasions to get reliable childcare. We kept failing and then just decided it was easier to do it ourselves. We did that for about 3 years.

It was nuts. Every minute of every day mattered. If I was working, my husband was on duty with the kids, and vice versa.

I timed naps and bedtime for the kids so that I could work every minute of them. It was still nuts.

I looked for efficiencies everywhere. When I wanted to run, I took the littlest with me. Killing two birds with one stone.

I got my older teens onboard to help out. Turns out they can get Piper to sleep for a day time nap in 5 minutes. This usually takes me 30-60 minutes. That’s a lot of time! So that is now their job most days.

Life is better with Slack. Less emails is great. I got better at accepting I can’t do ‘the work’, but I can support and coach (some) team members in what needs doing and Slack is great for this.

It’s only now in the past 3 months, now that we have a full time nanny, that I realise how much we were doing. I dread life without a nanny now, I’m not sure how we got through it all.

The easy and selfish route would’ve been to keep doing just one event a year, or maybe two. That was manageable and actually really profitable. I would be much better off financially if I had stuck to that.

Growing the business has been hard. I feel like I’ve sacrificed a lot to get it where it is now. I was often jealous of people with proper jobs. I wanted to quit so many times, with 30 days notice like many jobs have. I felt like I was stuck and often this felt suffocating.

Even though the team has worked hard too, I’ve taken the hard route by sticking with it. Ensuring good passage. It’s been 3 years of my life trying to transition away. I remind myself that I have one life and 3 years is a big chunk of time in that one life.

The thing is. Perhaps it could have been more profitable if I had kept things smaller and simple. Perhaps I could have even sold it for a nice chunk of money in the bank. But I also know that I would have regretted not trying to let it grow into something bigger.

I have no regrets. I believe Ministry of Testing will continue to grow and prosper, I think it is destined to do that. Cheesy, I know. But even if it doesn’t, that’s ok too. I’m mentally prepared for that too.

I’m not quite free of Ministry of Testing, but I’ve gotten a lot better about not getting sucked into the things that need doing. I’m grateful for my current role of supporting the Indie Hackers community and it’s so freeing only being responsible for the community aspect, rather than the million and one things a business needs to keep running.